My daughter was born three weeks ago, at the Royal Devon and Exeter hospital. I had been transferred there a week earlier with high blood pressure from Torbay. The staff at Exeter tried for a week to get my blood pressure under control but it wasn't working and on the fourth of February 2015 it was decided that at 30 weeks pregnant the best thing to do was to deliver by emergency c section.

At 2:13pm my beautiful little girl was born, fighting, kicking and wriggling as they tried to put her in a bag to keep her warm, and weighing 2lb 11oz. This was my fifth baby, although all the others have been vaginal births at 37-40 weeks.

Our daughter is called Tiger-Rose. She was whisked off to neonatal and my husband went with her. She was ventilated for a couple of hours, but by the time I was deemed well enough to visit her at approx 9pm she was off the ventilator. The neonatal nurses said this was because I had managed to have the steroids to strengthen her lungs, which make an enormous difference.

The staff in Exeter where amazing. They explained everything, all the wires, the equipment, what everything was for. Tiger-Rose has gone from strength to strength and on Saturday we reached a big milestone when she was transferred back to Torbay SCU. This was something we were told May not happen, so for it to happen before she was even 34 weeks gestation felt huge.

I had my first cuddle with Tiger-Rose when she was less than 24hours old. That was something I had been worrying about, because I didn't want to not to be able to hold her. I even changed her nappies within a couple of days (not easy through the port holes on an incubator! Or with wires all over her body, but we coped!)

Tiger-Rose is now three weeks old and has graduated from the incubator to a cot. She is gaining weight, now weighing 3lb 10oz, but needs to learn to feed.

I am so grateful to the teams in Exeter and Torbay for everything. 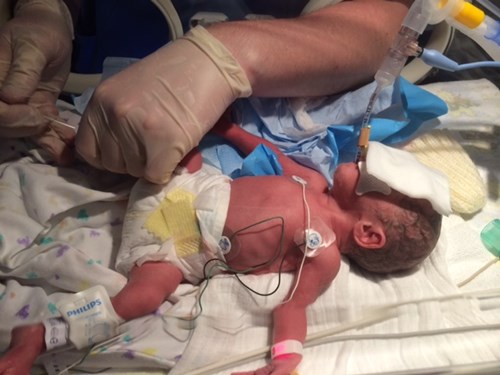 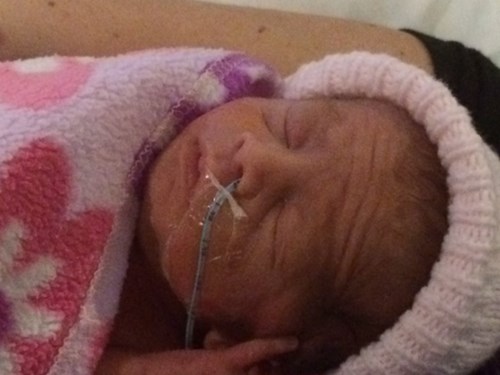 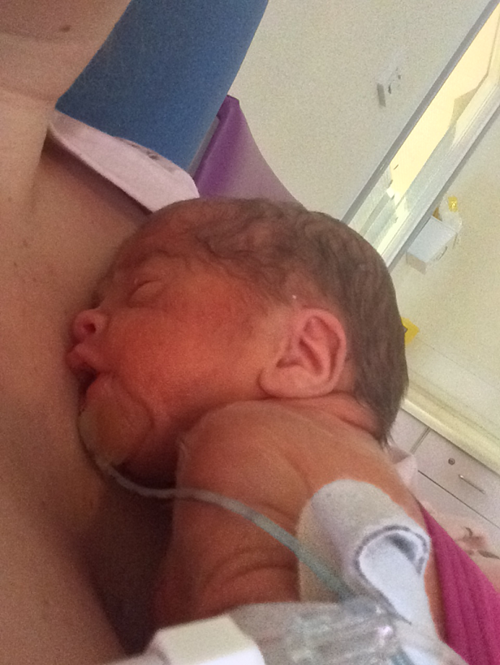