Our little boy was born at term, all perfect and adorable on the 30th November 2016.    We spent a couple of hours cuddling him, feeding him and then the midwife noticed he was a little cold so the paediatrician came and he was taken to special care.  I told my husband to go with him but they said they just need to check him over and then they will come back.

It was a bit surreal as they were so many doctors and nurses in delivery room then the operating theatre due to having an emergency C-Section due to baby’s irregular heart rate.  Then they were gone and so was our baby. I think we were both in shock as neither me or my husband said much, just waited for more information on our little boy, preying he would be ok.  A couple of hours passed and my husband went and asked what was going on as no one had been in to see us or update us. They took my husband to see our baby.  I couldn’t go and see him as there was no room for the bed.

My husband came back and told me he was ok and that they had put him on a drip to bring his sugars up and that he would be in for 24 to 48 hours.  I remember thinking this must be a dream I just kept looking at the photos and pretending that my baby was still in my tummy.  I texted my family and friends to say I had a little boy.  But I didn’t say he was in SCBU. Because if I did that would mean that it was real and I wasn’t ready to deal with that just now.

I didn’t see my baby until the morning 17 hours after he was whisked off.  I just sat there and stared at him sleeping in his little basinet.  I didn’t hold him just stroked him.  He had a tube in his nose and a drip and a splint thing that kept his hand straight for the drip.  He looked amazing.

Later that morning me and my husband went down to visit him again and we both held him and I was able to breast feed him.  He had to have a heal prick every 2 hours to monitor his sugars. We were hopeful that he would be out of special care later that day.  Unfortunately he was not well enough to come back with me that night.  On the Friday he was taken to NICU as his sugars weren’t good.  He had to have a procedure to insert a cannula into his belly button so he could receive a higher concentrate of glucose and he was put in a fully covered incubator.  Over the next couple of days his condition got worst and his infection markers were up.  They started him on antibiotics and ran blood test to see what infection he was running.  NICU was a lot louder and lots of beeping and alarms going off. We could hold him, feed him and change his nappy.  He had to have a number of lumber punctures as he was a difficult munchkin.  He kept taking his cannulas out of his hands so he had to keep getting them put back in.  Some doctors preferred you not to be there when they done them and some liked you to stay.  It’s not the easiest thing to watch being done to your baby.  I felt that I should had to be there to support him and if he had to go through it then I could hold his hand and talk to him.  My husband found it too distressful to watch and would leave at this point and come back when it was finished, it’s whatever feels best for you at the time. Our perfect little boy had bruises on his hands and ankles and his poor tiny feet had little red dots and plasters from all the heal pricks and blood test he had.

We found out that he had an infection that would require intravenous antibiotics for 14 days and this could not be administered at home.  We were absolutely devastated up until then we were living day to day hoping that would be the day he would come home and now the doctors were telling me he wouldn’t come home for at least 14 days.  That felt like a life time to us. When we got home that night I was so angry, frustrated, and emotional. It didn’t matter what anyone said to me, i felt that there words however caring just angered me more because they had taken their baby’s home and mine was still in hospital, how could any of my family and friends know how it felt when they had never been through anything even remotely similar.  I just wanted my baby home and 14 days felt like forever and that I was missing out on precious time with my baby.  Luckily for us we were given a room on children’s ward and we were pretty much left to our own devises.  They came in to do his ob’s and administer his antibiotics, replace his cannulas when they stopped working or he had taken them out.  But I was his main care giver doing everything else he needed. On the 18 December 19 days after he was born we could take our little boy home.  We both kept thinking that someone would stop us on the way out and say that it was a mistake and that they needed him back. But they didn’t.

We had 3 home visits from the Neonatal Nurse to make sure he was ok once we got home and a check up with the Doctor at 6 months and a year.  But we count our blessing every day that our little boy is ok.  I tried to shut what had happened out but when out little boy turned 1 I felt a lot of emotion come back and was re living what had happened and I found this very hard because everyone just assumed that you have moved on and that everything is ok because you have your child home.  But what we went through in SCBU and NICU will always be with us. I found embracing the journey we had been on helped me in accepting this.  NICU and SCBU can take a lot out of you and you need to ensure that you need do whatever you feel you need to do.

Advice to parents - This experience had taught me it’s ok to not be ok, to cry, shout, scream or be quiet.  However you deal with your journey its ok.  Don’t compare yourself to anyone as you are you and that is more than enough.  You can do this, even when you think you can’t. You are not alone, there are lots of people who have gone through this and come out the other side who are there for you if you need them, when you need them.

This might not be the parenthood journey you envisioned, but it’s your journey.

Positives - The nurses and doctors were very helpful and found time to keep us updated.

When we found out that he was going to be in for a while they organised a space on children’s ward for us.

I have to applaud Doctor Bates and her team who always made time for us and treated us like we were individual and not just another anxious parent.  There manner and words were very comforting and supportive.

Hardest things - Not being able to see him straight away was the worst thing.  But then seeing him all helpless and feeling that I could not take care of him.

Being sent home from hospital with the car seat in your car with no baby, going into his nursery and him not being there.

Coming to terms with how you had envisaging having your baby and then the experience being completely different to what you had expected, and not having anyone in a similar situation to you to be able to share your thoughts, concerns and questions.  I remember when we got home thinking is he doing that because he’s been in Special care or is it his natural development.

I felt very isolated as none of my friends or family had ever been to Special care or Neonatal.  So it felt like me and my husband were on our own and nobody could appreciate what we were going through or event just share our experiences with. 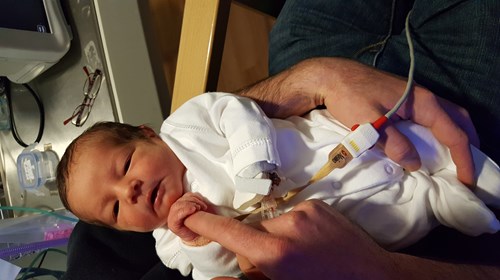 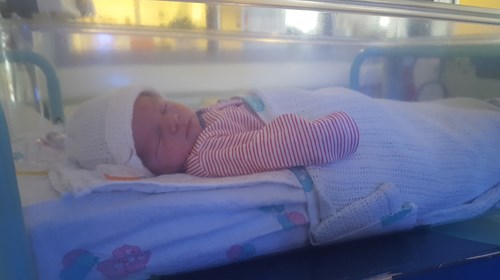