I was admitted to Southmead at 29 2 with preeclampsia following a growth scan which showed Luke was only the size of a 25 week baby.  It was an anxious two days whilst we waited the 48 hours for the steroids to help his lungs before he arrived via emergency caesarean at 29 4 weeks and weighing 2lb 2oz.  Being quite unwell myself, the whole period is an exhausted blur and I think this probably helped me manage the stress of it all.

Luke was whisked away to NICU after we were given the briefest of glimpses of him, although his Nanny and Grandad were waiting outside the operating theatre and were able to take a couple of pictures.

Luke came out crying and was the noisiest on the ward for most of his stay.  We were amazed by how strong Luke was, needing only three days on CPAP.  Once I had recovered from preeclampsia and HEELP we settled into a routine of skin to skin and milk expressing with Luke in HDU and on hi-flow.

The first few weeks went very smoothly with a quick transfer to Special Care and consistent growth but then we entered a rocky period where Luke had regular Brady/Desats and needed to be resuscitated regularly.  It turned out, much later, that as well as these being normal for premature babies it wasn’t helping Luke that he was intolerant to the cow’s milk protein in the breast milk fortifier and this was making him quite poorly.

It was very distressing watching Luke go blue and floppy and needing support each time to come around and we had several phone calls at home to tell us he had been quite poorly overnight.  At one point Luke had to go back in an incubator and back to Special Care One which was really upsetting.

Much of the difficulty we had with Luke was around feeding.  We started to offer Luke the breast around 3 or 4 weeks old, and over the weeks he would try so hard to latch.  We tried a few times a day for weeks and it was so frustrating watching him try and not be able to do it.  Eventually he was too big and strong for nasal feeds and so he had to use bottles for a couple of weeks before discharge.

We were lucky that Luke did not require any particular treatments, he just needed to get bigger and stronger over the 70 days that we were in NICU.  Luke was discharged three days before his due date at 5 and a half lbs. 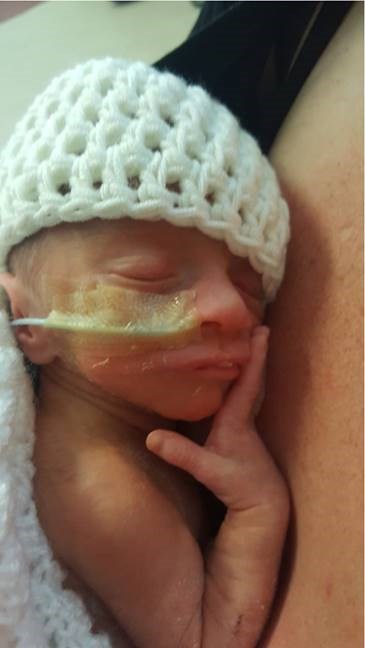 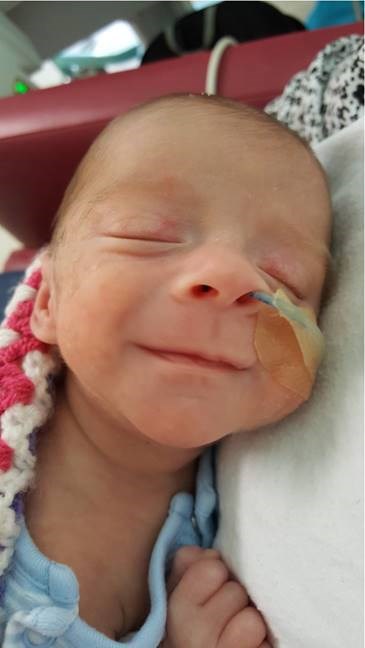 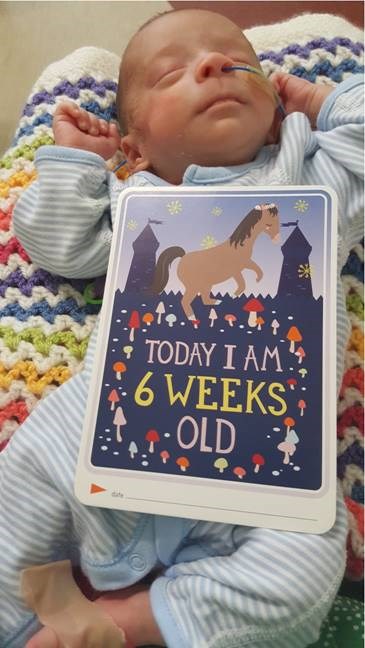 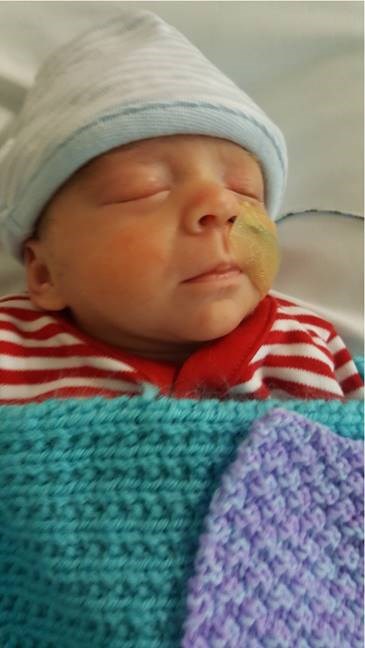