Our beautiful little girl was born 18th November, 2014 at Bath hospital and weighed 4lbs. She was delivered by C-Section 7 weeks early due to Pre-Eclempsia, and was kept in Bath NICU for 2 weeks before we were able to bring her home.

Seeing her for the first time was such an incredibly scary moment. She was so tiny, covered in a mask and tubes in a big plastic incubator. I remember the nurses talking to us but I don't know what they were saying.

She had to have oxygen and antibiotics, as well as tags monitoring her heartbeat and temperature. I just wanted to hold her, but we weren't allowed that day. On 20th November (my birthday) we were able to hold her, and it was the best feeling in the world. She was so tiny and precious and ours! It made everything feel more real, we actually had our daughter here, in our arms. It was incredible.

Having to leave her there was the hardest thing. I was lucky as I was still being monitored for 5/6 days after she was born, so I was only upstairs, but it was still hard to leave her there. I would wake up at 2am and go down just to check she was OK. If I had it my way I would have slept in the chair next to her but I knew I needed to sleep properly to have energy to be there for her.

Once I was discharged I completely broke down. Having to leave her in Bath when we lived 40mins away was horrific. I cried every time we had to go home. Even thinking about it now upsets me, as its just not what you expect when you are having a baby. You never think you will have to leave them when they have only just been born.

After a week and a half, Imogen improved so quickly and managed to move to the last room in the unit. How quickly she recovered was incredible, as to begin with we were told she wouldn't be home until after Christmas at least. It was just feeding we had to sort, and as soon as she was breastfeeding and had gained weight she could come home. I stayed in the accommodation on December 2nd with Imogen, and we were told if on the 4th she had gained weight she could come home. When Thursday came, I cried as I was so scared. I just wanted her to come back with us. I took her into the NICU, and they weighed her. She had gained weight. The feeling I had at that moment is indescribable. I broke down in tears, so happy that we would finally be bringing our little girl home and I would never have to leave her again.

I think after talking to other mums and dads in the unit, that we were very lucky our little girl developed so quickly and was able to come home so fast, as some babies had been in there 6-7 weeks and others probably longer. It really made us appreciate how fortunate we were.

The thing that made the experience easier, was how incredible the NICU was.

The unit itself was lovely, modern, clean and secure. It was spacious and comfortable, and mainly, not scary. When you're told your baby is going into intensive care you think of massive machines and noises but it wasn't like that at all, it wasn't daunting. They also had open hours for visiting which was brilliant as it meant we could go and see Imogen at and point of the day, and family could come to see her as well.

The main thing that helped, was the staff. I couldn't fault them in any way. They were fantastic. You could see that they loved their jobs, and cared about each baby in such a lovely way. They would always be there to answer questions, put your mind at ease, or just to chat as a distraction. Even the nurses who were training (at university still) were amazing. They all went the extra mile to ensure all the babies were cared for lovingly, and the parents felt as comfortable as they could considering the situation.

Imogen is now 14 weeks old, and is weighing 10.9lbs. She is smiling all the time, and is a healthy and lovely baby. As I said above, I think compared to others we were very luck that our little girl came home so fast, but for us it was still so hard. I can't thank the NICU at Bath enough for their help and support with Imogen. I have also found the Bliss helpline a massive help when I have questions as usual guidelines don't seem to apply for prem babies. 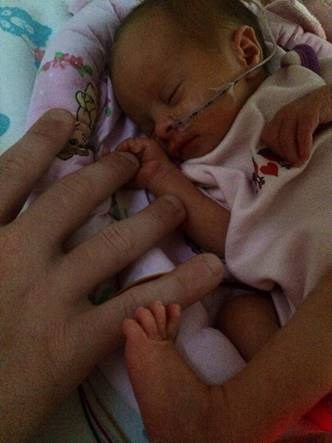 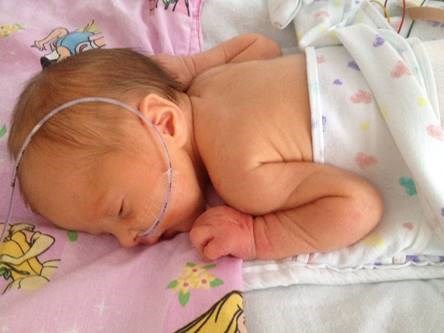 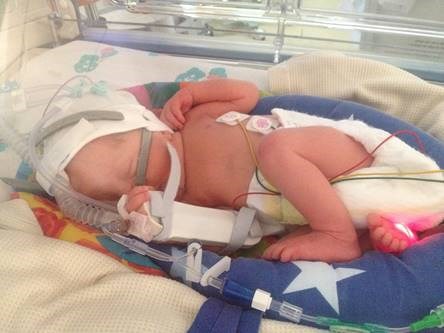 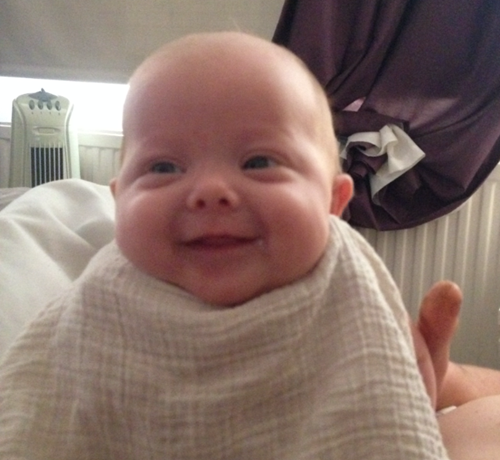