Our daughter Halle was born at 31 weeks gestation weighing 710 grams. From our 20-week scan we were aware something wasn’t right – she was measuring small and so we were referred to a consultant. Fortnightly scans from then on showed her growth continued to slow and the placenta was starting to fail.

At 31 weeks, monitoring showed her heart rate beginning to drop out and so she was delivered via emergency C-section at 1.17pm and taken to the NICU once she was stable enough to be transported from theatre.

In all, Halle spent nine weeks and one day in Southmead Hospital. Three weeks in intensive care, one week in high dependency and the remaining five weeks in special care. She received support for her breathing for the first three weeks or so, as well as the usual ‘bells and whistles’ most premature babies receive when they are admitted to intensive care.

Halle was fortunate enough to avoid any major setbacks such as infections during her NICU stay and her progress was steady from week-to-week. Despite this, and the fact we were aware of other babies in the unit who were a lot more poorly than Halle, it does not mean the experience was any less upsetting or stressful.

We could not hold her for six days (for any parent not being able to hold their baby for any period of time is heart-breaking), we had to say goodbye to her every evening to go home to refuel ourselves for the next day,  Halle had to undergo numerous invasive and painful procedures while we looked on, we feared she could have suffered brain damage as a result of her early arrival and we had to learn to be parents in a stressful and daunting environment.

However, my husband and I are lucky enough to only live about 30 minutes from Southmead Hospital and we also have many close friends and family nearby who offered support in numerous ways during our NICU journey. As well as this, ALL of the staff at the unit made the experience so much more bearable – it felt like some of the nurses and doctors became members of our own family and once Halle was discharged we were sad to say goodbye to them.

Since her early arrival and eventual discharge from NICU, Halle has now become a chatty, funny and loving two-year-old who is still a little small for her age but who makes up for it in character and volume. 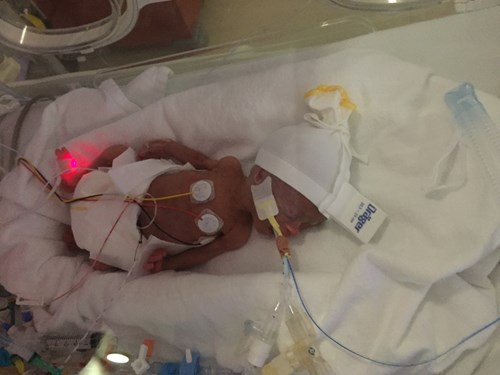 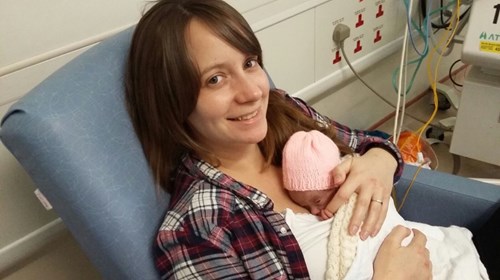