Geography of the Network

It has a live birth rate of approximately 45,000 babies per annum.  It stretches from the Isles of Scilly up to the North of the region where it borders Wales, and 7 English Counties from Oxfordshire round to Dorset.

There are a total of 12 neonatal units within the Network as show in our regional pathway poster opposite, including three Neonatal Intensive Care Units, six Local Neonatal Units and three Special Care Units. 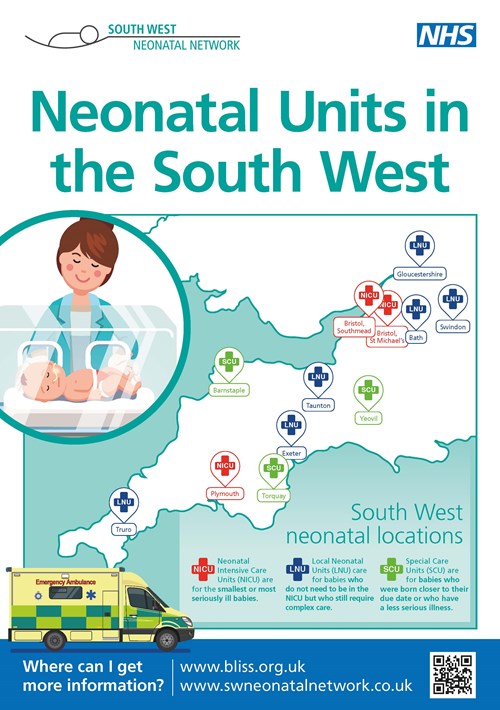